Cause of collapse not known at this time

UPDATE 7 p.m.
Miami-Dade County Mayor Daniella Levina Cava says that one additional body has been found in the rubble of the Surfside condominium, as well as other human remains. DNA samples from family members are being taken to help identify the additional remains found.

The numbers accounted for and unaccounted for in Surfside have not changed since the morning’s update, officials said Friday afternoon.

Governor Ron DeSantis said state and federal aid are either on scene or will be in the area shortly. Governor DeSantis said he’s been able to speak to the director of FEMA Thursday night and, “She’s great and wants to be helpful.” DeSantis said he also spoke to President Joe Biden Friday afternoon who told the governor he has the full support of the federal government in the rescue efforts.

“As needs arise, the state is here to help as is the federal government,” DeSantis said Friday afternoon.

The governor also said he wants a thorough, but quick investigation to determine what caused the collapse.

“We need a definitive explanation for how this may have happened. It needs to be timely,” DeSantis said. “The state will support whatever we can to do this right, but also to do it timely; so we can get answers to the family.

Miami-Dade County Mayor Daniella Levine Cava said officials are providing briefings to the waiting families every four hours and are providing the families with “detailed descriptions of the operation.”

Miami-Dade County officials gave an update on the Surfside building collapse Friday morning. Three people were confirmed dead overnight,bringing the total to four so far. They say 120 people are accounted for now but the unaccounted for number has gone up to 159.

Search and rescue efforts continue to be the priority.

FEMA has issued an emergency declaration for the situation.

The mayor highlighted the bravery of the search and rescue teams as they put themselves at risk while searching for survivors.

If you’re looking to help, we’ve compiled a list below of organizations looking for volunteers or donations to help all of those who were affected.

“We stand in solidarity once again to tell you we are working around the clock to search and rescue people in this rubble,” said Miami-Dade County Mayor Daniella Levine Cava.

US Senator Marco Rubio said this is a dark and tragic day, but they continue to pray for some miracles.

“I can’t imagine the pain, all we can do is try and help people in that situation to make sure this doesn’t happen again,” Rubio said. “You never want this to happen anywhere, but we are blessed to have the best people in the world responding to this.”

Rubio reiterated and thanked the White House and President Biden for sending resources to help people get through this difficult time.

The White House released a statement on resources sent to Miami-Dade County:

“At the President’s request, FEMA reached out to the President of the Red Cross and confirmed that it is providing temporary shelter and housing for those impacted by the collapsed building.

Red Cross has established a short-term shelter and are locating hotel rooms for all families impacted. They are also providing a small grant to each family to help with short-term expenses, in addition to providing mental health counselors to work with the families.

Miami-Dade County Fire Rescue will be working throughout the night utilizing K-9’s and SONAR equipment to try to find survivors in the rubble.

YOU CAN WATCH THE FULL PRESS CONFERENCE BELOW:

DeSantis said he has declared a State of Emergency in Miami-Dade County to get FEMA assistance to those displaced by the Surfside building collapse.

Miami-Dade County Mayor Daniella Levine Cava said so far, 1 person is dead and 99 people are unaccounted for after the Surfside building collapse.

“It’s been over 12 hours, we’re at about 15 hours, since this tragic, devastating emergency. Our people are working around the clock. Our fire-rescue team leaving no stone unturned,” said Mayor Cava.

At the family reunification center, Mayor Cava said families are being briefed on which people have been accounted for. They also have assembled support systems, food, hotel rooms, social services, medical assistance and a special emergency fund.

She said she has signed an emergency order and they are waiting on Governor DeSantis’ approval so FEMA can come and provide aid.

Mayor Cava said at this time, they have engineers on-site to try and understand why the collapse occurred.

One of the shifts in the rubble as rescuers worked sparked a small fire around 2:30 pm, but it was extinguished within 20 minutes.

As the families of the missing hold out hope, Miami-Dade Fire officials said while they have heard a possible banging in the rubble, they haven’t heard any voices during the rescue operations.

YOU CAN WATCH THE FULL PRESS CONFERENCE BELOW:

The Champlain Towers South condominium is located in the small, beachside town of Surfside, about 6 miles north of Miami Beach. A massive search and rescue operation was underway before dawn, as crews carefully checked the wreckage and remaining structure for survivors.

“It is 51 people who are supposedly residing there at the time have not either called out or had people call in to reach them,” Heyman said.

Gov. Ron DeSantis spoke from Surfside just before 1 p.m. He thanked the first responders for working tirelessly in the search and rescue efforts, and said it was a “really tragic scene.”

Footage from the scene showed firefighters pulling a boy from the rubble alive and rescuing other people from still-standing balconies.

Surfside Mayor Charles Burkett told reporters that at least 10 people were treated for injuries on site. Two of them were then transported to a local hospital, where one died, according to Burkett. Both the Miami-Dade Fire Rescue and the Miami-Dade Police Department also confirmed there was at least one fatality as a result of the building collapse.

Aventura Hospital and Medical Center, about 8 miles northwest of Surfside, has received three patients from the scene so far. Two have critical injuries while the third is in fair condition, a hospital spokesperson told ABC News.

The oceanfront condominium, which was built in the 1980s, has over 100 apartment units and was believed to be substantially full when a third of it collapsed in the early morning hours, according to Burkett. The building was undergoing roof work, the mayor said.

Some 15 families walked out of the building alive on their own and were put up in a local hotel, according to Burkett. Search dogs did an initial pass around the wreckage when it was still dark but there were no signs of survivors at that time, the mayor said.

The Miami-Dade Fire Rescue said it has sent more than 80 units to the scene. Meanwhile, multiple police and fire departments from across Miami-Dade County have been deployed to assist, according to the Miami Beach Police Department.

One witness told ABC News that his wife cares for an elderly woman who lives in the condominium and frantically called him around 1:15 a.m. local time, after the units next door came crashing down. He said his wife and the elderly woman were both rescued.

People in neighboring buildings have been evacuated to a nearby recreational center, another witness told ABC News.

Thank you to those who have responded to the tragic building collapse in Surfside. These first responders saved lives. The state has emergency response personnel on site and will assist in any way it can.

Miami-Dade Fire Rescue says a reunification center has been set up for anyone looking for unaccounted or missing relatives at 9301 Collins Avenue. Anyone with family members that are unaccounted for or are safe, please call 305-614-1819 to account for them.

Miami-Dade County Mayor Daniella Levine Cava took to Twitter to express her gratitude for the first responders on scene of “this horrific tragedy.”

“May they stay safe while working to save lives,” Levine Cava said.

The cause of the partial collapse was unknown. The Miami-Dade Police Department said it is investigating the incident.

This is a developing story. Please check back for updates. 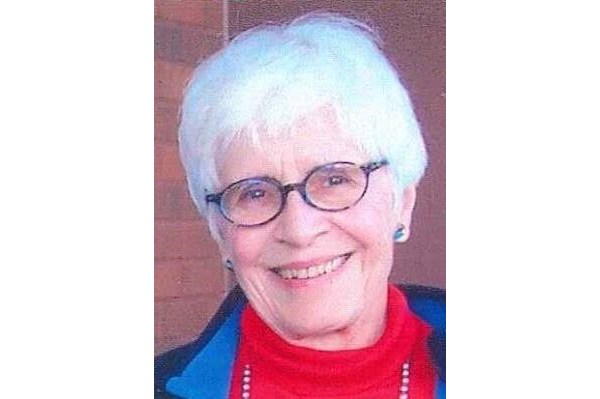